World records have tumbled in Short Track Speed Skating over the past two decades. Canada dominated early in the Men’s field before an Asian charge in the past decade, while Republic of Korea and China have dominated the Women’s fastest times. But some Canadian and Dutch greats have hit back over the past few years.

The fastest women on ice

Remarkable Bulgarian Skater Evgenia Radanova broke the women’s 500m record in 2000 in Lake Placid (USA) – and then lowered the mark again in 2001 in Calgary (CAN).

That record, 43.671 seconds, would stand for well over six years – but then came the legend that is China’s Wang Meng. Wang managed to beat the 500m record on four occasions in 2008, including twice on the same day, and lowering her own mark again in 2013 to 42.597s. 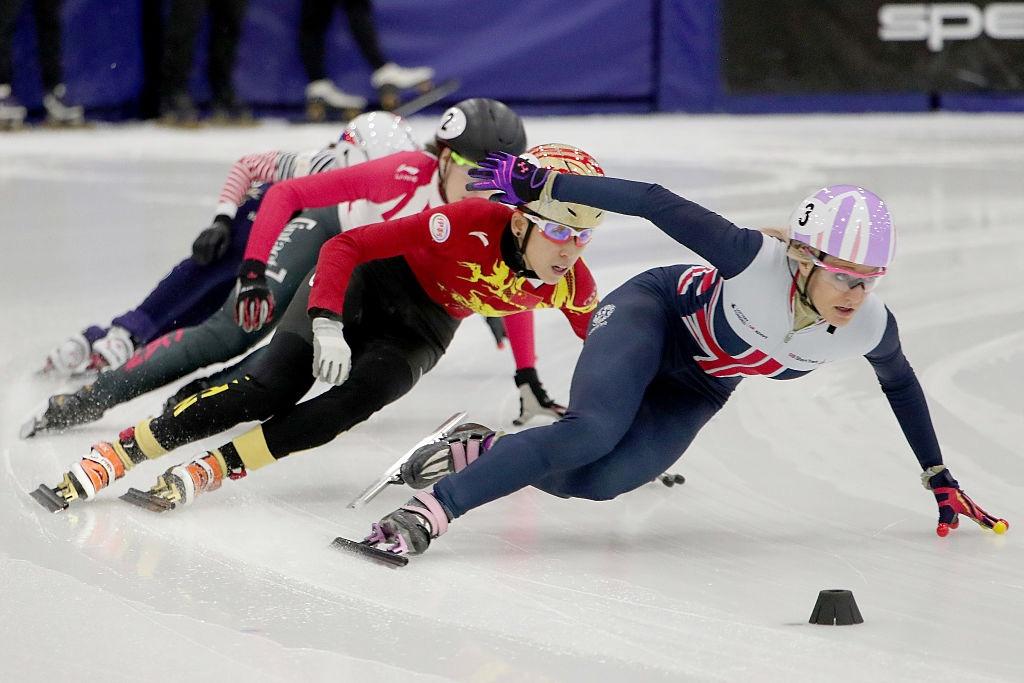 But it is Canada’s Kim Boutin who can currently claim the title of fastest woman on ice, after a Salt Lake City skate in 2019 dropped the mark to 41.936s.

“I’m the first woman to skate the 500 in under 42 seconds and that makes me incredibly happy,” Boutin said afterwards. “After my start, I told myself things were going well, and then I heard the crowd cheering after the first lap and I said, ‘This is happening, let’s go.’” 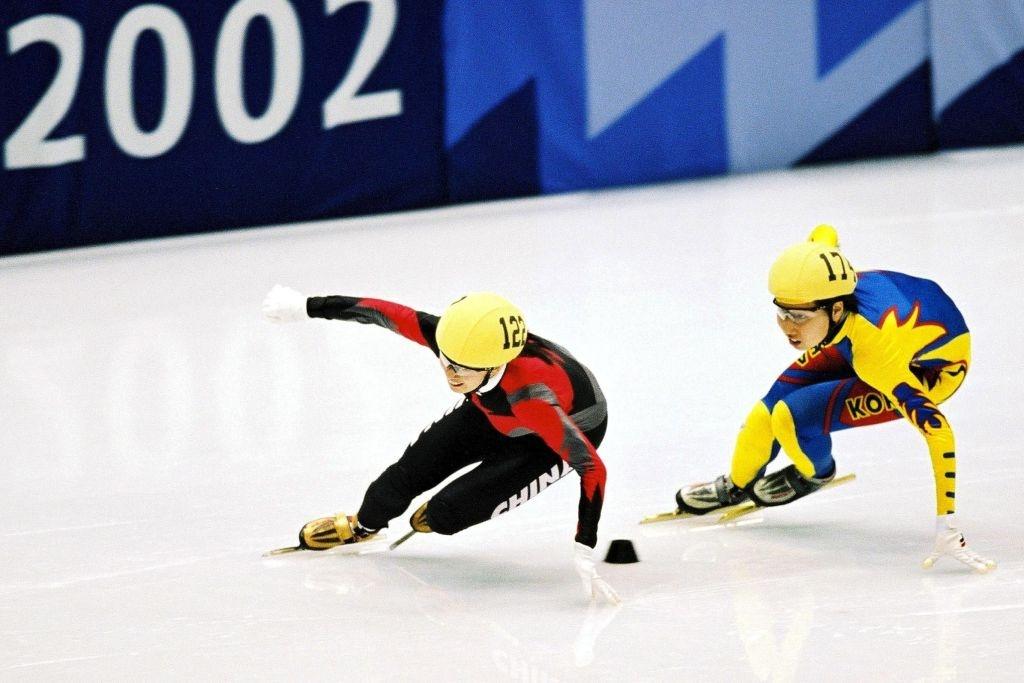 The two nations then started a tug of war over the record, with Byun Chun-Sa (KOR) claiming it in 2003, Wang Meng (CHN) retrieving in 2005, and Jin Sun-Yu (KOR) retaking the honor later the same year.

Wang then took the record in 2008, and Zhou Yang (CHN) lowered it with an outstanding performance in the semi-finals at the Vancouver 2010 Olympic Winter Games (1:29.049).

Canada’s Valérie Maltais broke the Asian nations’ dominance in 2012 – but her mark lasted just two days before Korea responded, with Sim Suk-Hee setting a dizzying time (1:26.661) that would last a decade.

It was only at the Beijing 2022 Olympic Winter Games that the Netherlands’ powerful Suzanne Schulting finally broke the record, registering 1:26.514 on her way to a gold medal. 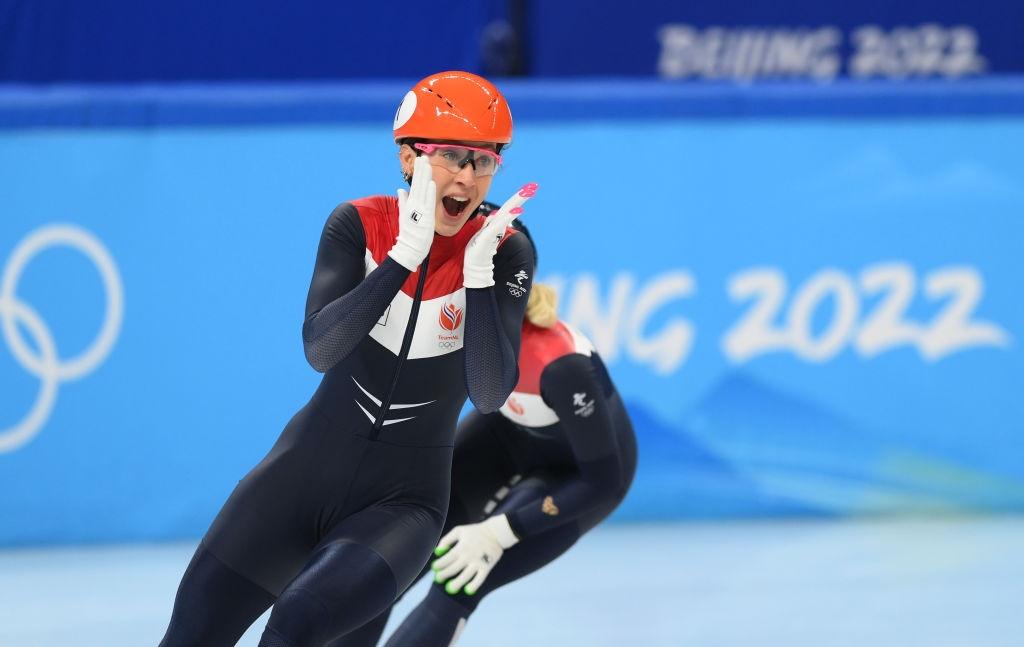 “I became really confident out there after skating a world record,” Schulting said of her experience in Beijing. “I was really excited and was focusing on what I had to do and on my technique. It’s insane.”

Canada has always been – and remains – a Short Track powerhouse but their men’s team was perhaps at its pinnacle around the turn of the millennium. 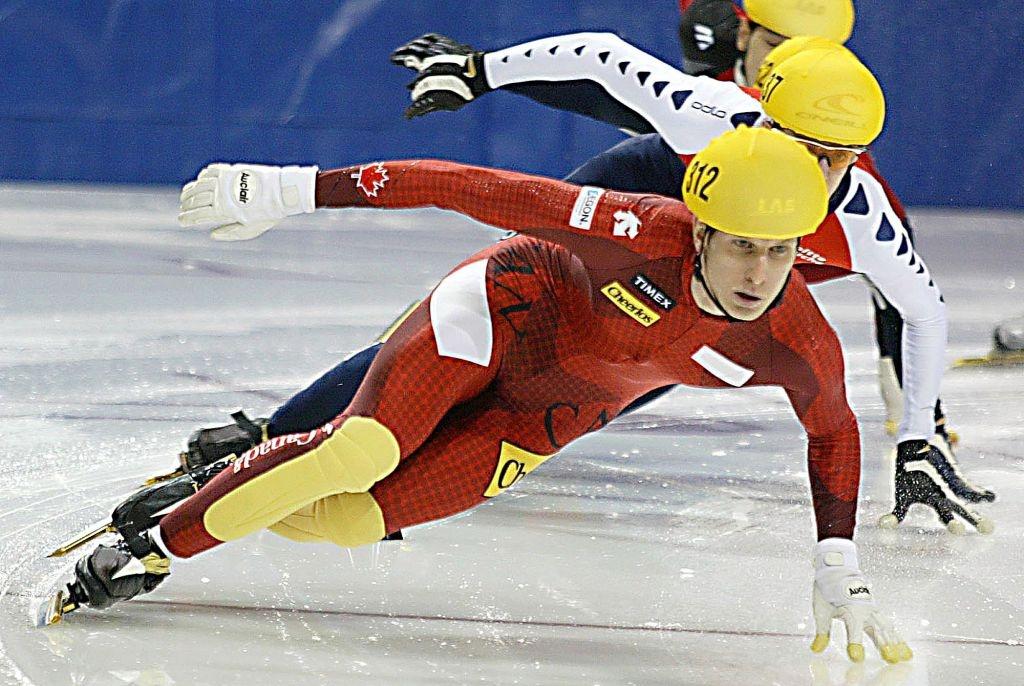 The brilliant racer, who is now a coach in the Canada set-up, would go on to lower the 500m mark twice more, in 2001 and 2003, before his compatriot Jean-Francois Monette set the record seven months later (41.184s) – all on the super-fast ice of Calgary.

JR Celski of USA seized the record in 2012 – becoming the first sprinter to go under 40 seconds, clocking 39.937s in Calgary.

The emergence of Wu Dajing of China has been a gamechanger, however. In one of the finest sporting feats of the PyeongChang 2018 Olympic Winter Games, Dajing smashed the 500m record twice on the same day, winning gold in 39.584s having previously lowered the mark in the quarter-finals.

“Today, I didn’t give my competitors a chance and I kept my speed from the start,” Wu said afterwards. “More importantly, I think I believed in myself.”

The progression of the other men’s records were similar, meanwhile: it was Canadians and more Canadians at the start of the century – with Scholten, then Steve Robillard, then Jean-Francois Monette all registering the fastest 1000m.

In the 1500m, Canada’s Andrew Quinn, Eric Bedard and Steve Robillard all held the record through 2000 and 2001 – briefly interrupted by USA’s Apolo Ohno, who took it in late 2001 before Robillard reclaimed it the following year.

Netherlands great Sjinkie Knegt blasted that mark into oblivion in Salt Lake City in 2016, however, skating 2:07.943 the day after Hwang took the 1000m record at the same ISU World Cup on the lightning Utah ice. 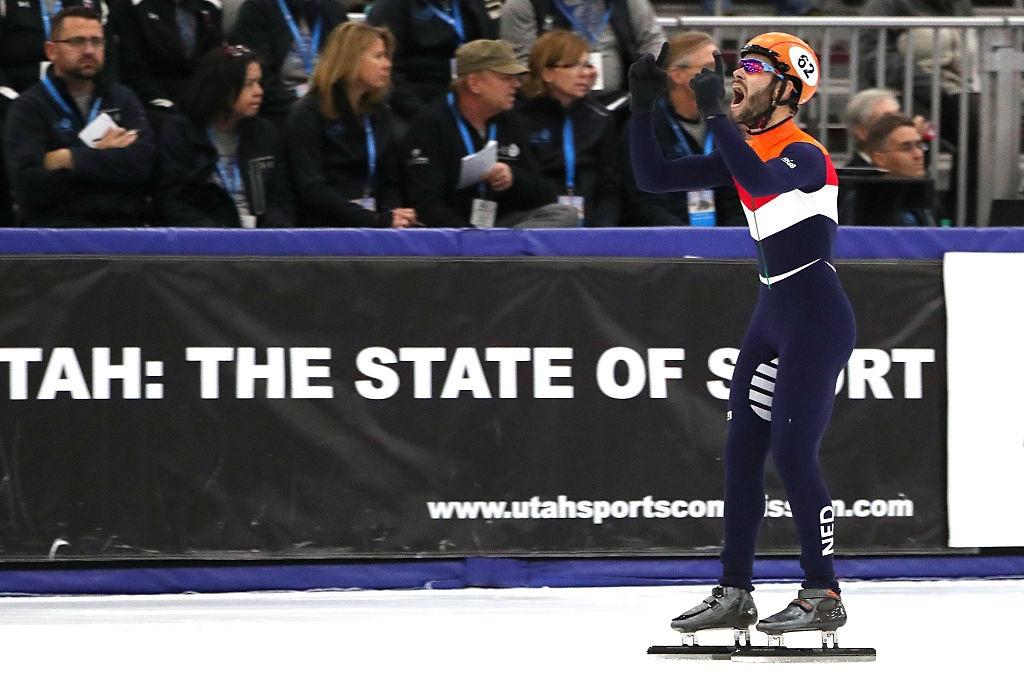 “I felt great. A few laps from the end, I pulled the trigger,” Knegt said.