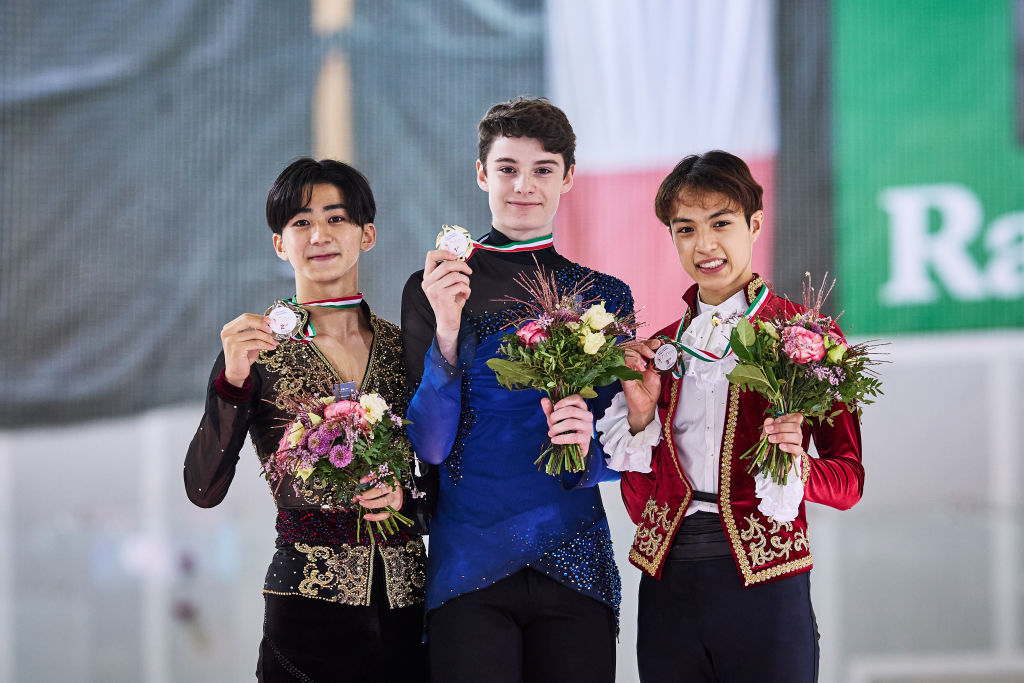 Seven Skaters/Couples grabbed the last available tickets for the ISU Junior Grand Prix of Figure Skating Final (December 08-11, 2022 in Torino/ITA) during the sixth and last event of the JGP Series in Egna-Neumarkt (ITA). Hana Yoshida (JPN), Lucas Broussard (USA) and Ice Dancers Katerina Mrazkova/Daniel Mrazek (CZE) all earned their second gold medal on the circuit and their spot at the Final in Torino (ITA).

Hana Yoshida (JPN) stood in second place following the Short Program when she slightly underrotated (q) the triple Lutz in her jump combination. Performing to “The Planets” by Gustav Holst and “Princess Leia’s Theme” from “Star Wars”, Yoshida produced a triple Axel and seven more triple jumps as well as level-four spins and moved up to first place at 208.31 points. She set new personal best scores in both segments of the competition.

“Here in Egna it was so difficult. I was like ten times more nervous today (than in the first event). I was so happy that I was able to win twice,” the 17-year-old skater shared. “I was concentrating just on myself and I was doing what I can. It wasn’t perfect, but I’m satisfied.” Yoshida added that she hopes to include two triple Axels into the Free Skating for the ISU Junior Grand Prix Final. 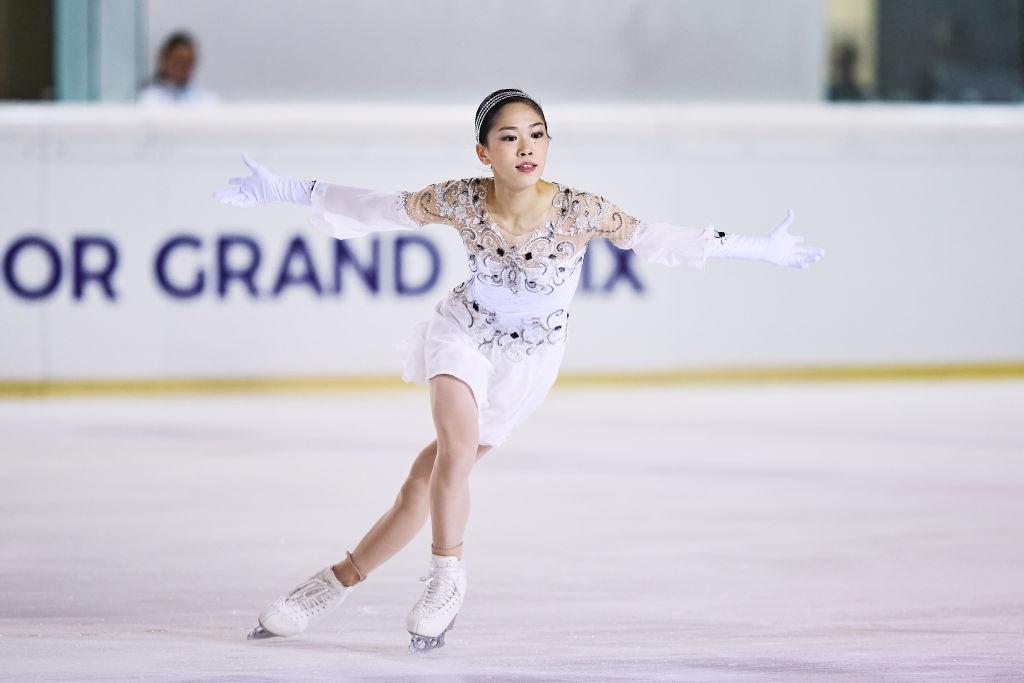 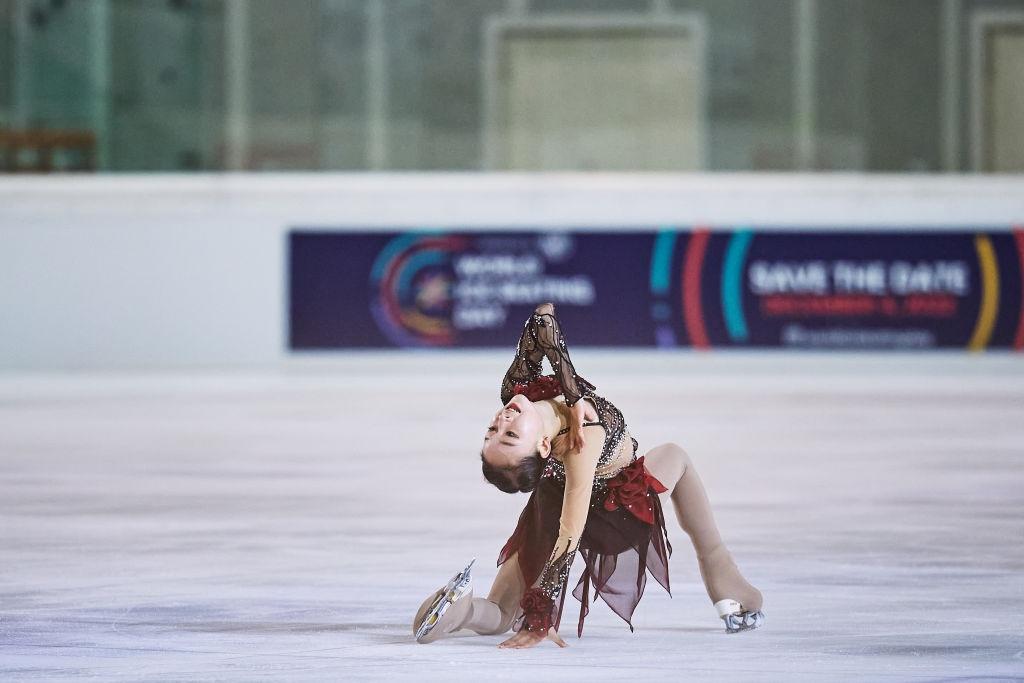 The bronze medal went to Inga Gurgenidze (GEO), who moved up from fourth place after the Short Program (190.52 points).

JGP Gdansk 1 Champion Lucas Broussard (USA) faced strong competition in Egna with two other JGP gold medalists, Shunsuke Nakamura (JPN) and Takeru Amine Kataise (JPN),  but he came out on top again. Broussard stumbled out of the triple Axel in his Short Program to “Adios Nonino”, but took the lead nevertheless. The 16-year-old athlete landed six triples in his routine to “The Leftovers” and “Compassion”, but he missed a triple flip. He ranked second in the Free Skating and clinched gold with 211.14 points, just 0.13 points ahead of Nakamura.

“I’d say they (the events) were both challenging, but I did miss a couple of days of training for this one and I was feeling a little under the weather, but I worked through it,” Broussard commented. He had gone back home to the USA following his win in Gdansk two weeks ago before heading back to Europe. “At first it was ok and then it was not as ok. I had a fever. I got through it and that is important.” 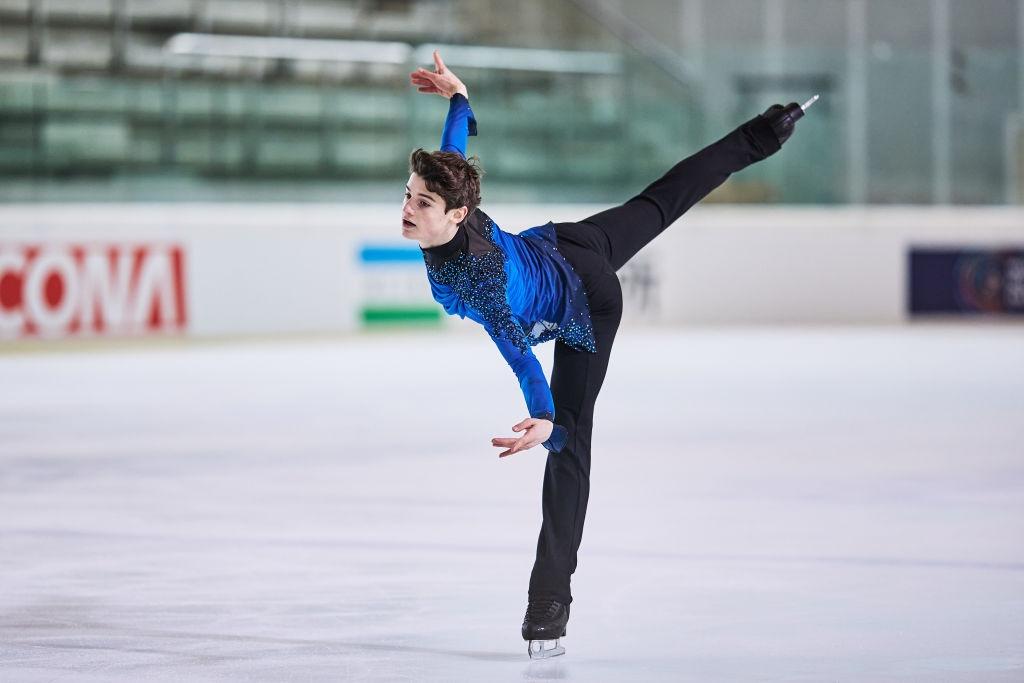 Nakamura stood in second place in the Short Program. He fell on his opening quad toeloop, but recovered to hit eight triple jumps. The JGP Courchevel Champion won the Free Skating, but remained in second place overall at 211.01 points.

Kataise came off a victory in Gdansk 2 last week (Oct. 05-08, 2022), but he ranked seventh in the Short Program after falling on two jumps. The 18-year-old rallied back in the Free Skating to move up to third place (201.35 points). All three medalists secured a spot in the Final. 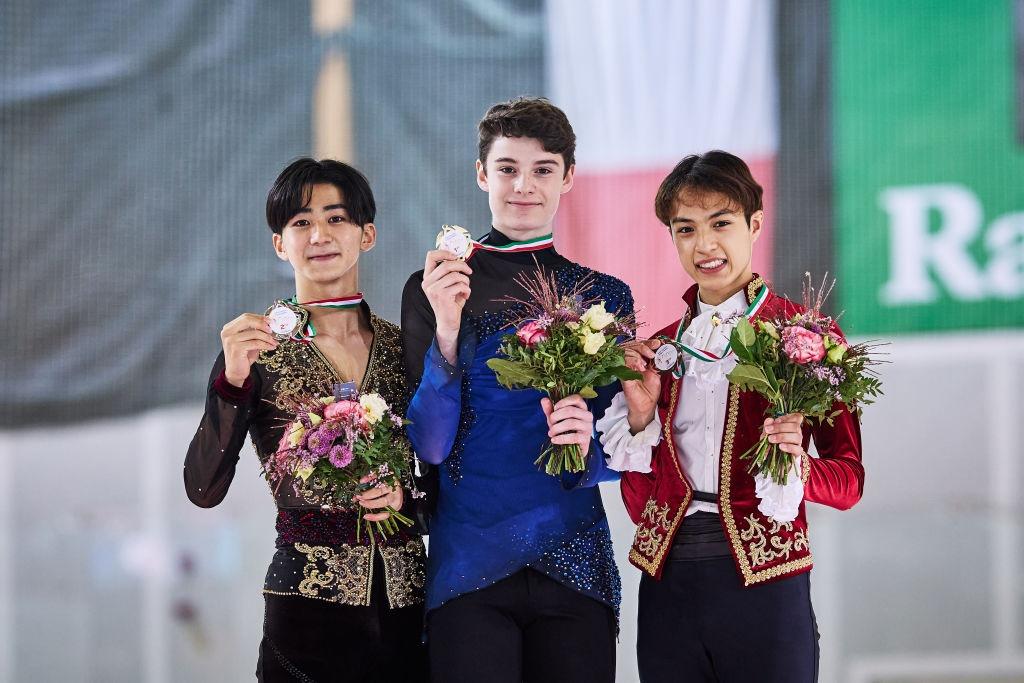 Katerina Mrazkova/Daniel Mrazek (CZE) continued their winning ways in their training town of Egna. The brother and sister team danced to victory with almost 15 points to spare. The JGP Ostrava Champions collected a level four for the twizzles and rotational lift as well as a level three for the Argentine Tango Pattern Dance and the Midline Step Sequence in their Rhythm Dance to “A Evaristo Carriego” und “Espana Cani”. Performing to “The Man in the Iron Mask” in the Free Dance, Mrazkova/Mrazek picked up a level four for the lifts, the dance spin and the twizzels to take the title at 173.00 points.

“Every day we want to push more. We try to see the best skaters,” Mrazek said. “We try to improve and be like them or even better in the future. We want to improve every day. We were surprised with our scores,” he added.

Hannah Lim/Ye Quan (KOR) ranked fourth in the Rhythm Dance as they received only a level one for the midline step sequence and the first Argentine Tango Pattern. In the Free Dance, the Couple earned a level four for four elements as well and pulled up to second place at 158.25 points. Mrazkova/Mrazek and Lim/Quan qualified for the ISU Junior Grand Prix Final, both as the first representatives of their countries in the Ice Dance discipline. 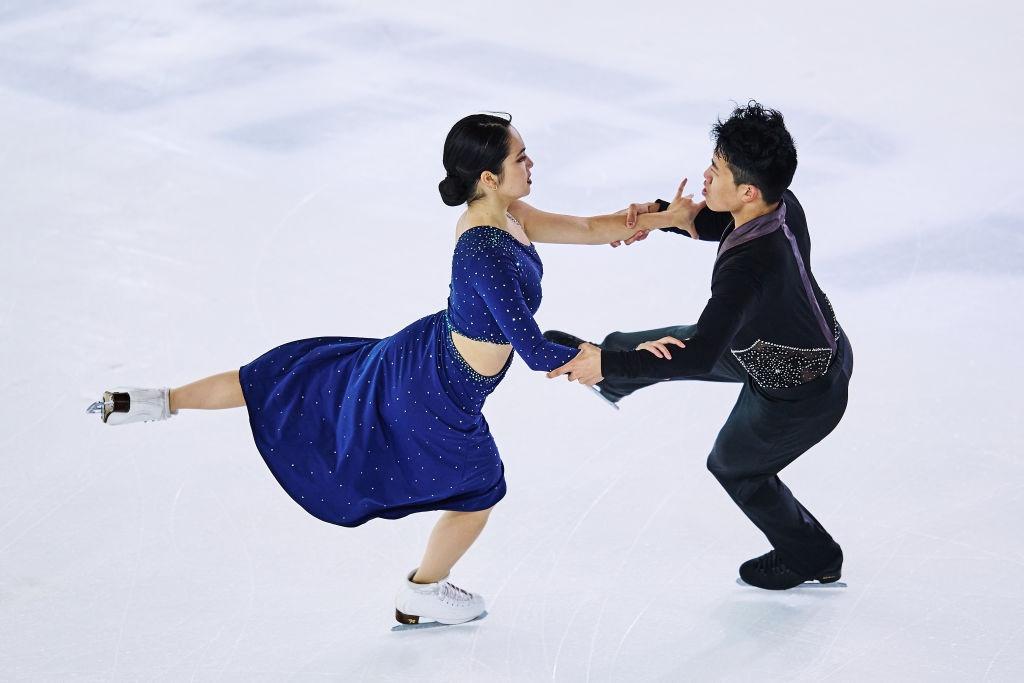 Leah Neset/Artem Martelov (USA) came second in the Rhythm Dance and were overtaken by Lim/Quan in the Free Dance. They took the bronze, their first ISU JGP medal, with 156.36 points. 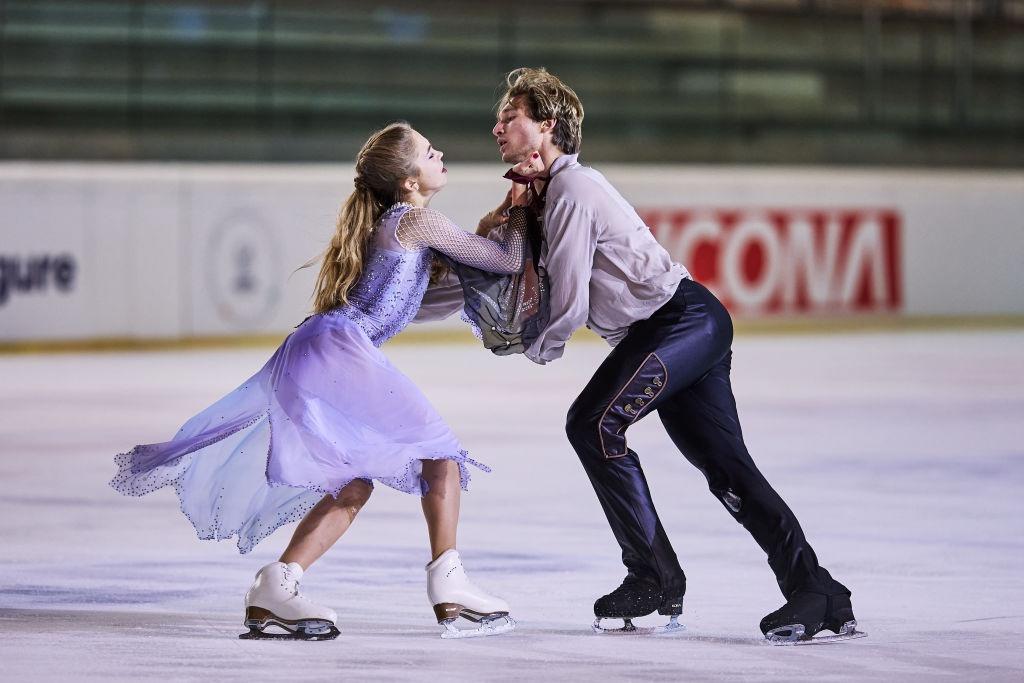 A total of 367 young Skaters/Couples from over 50 ISU Members competed in this year’s Series. Each ISU Member is entitled to enter competitors for the Series, while the number of their entries depends on the result of the ISU World Junior Figure Skating Championships 2022.